A Guide to Koi Varieties Identification 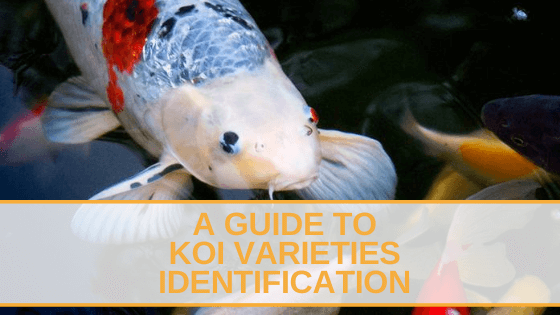 When you are first getting into keeping koi fish, you probably notice a lot of different terms being thrown around to describe the different types and special colorations of koi fish. This is because koi breeding is actually an ancient art form that originates from centuries ago at the point of the first ornamental koi’s creation. Since koi breeding in the traditional sense has been around for so long, it is understandable that the vocabulary of the art is quite extensive. Let’s explore the different words used in the koi varieties identification and see if we can make it a little easier for you to differentiate between each different sub-variety. 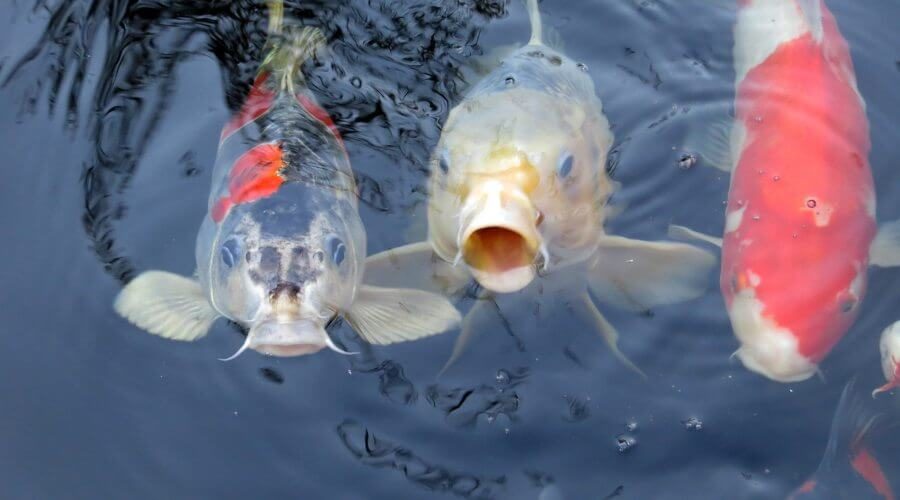 In this article, we are going to break down each koi sub-variety to help you understand what makes them fit into different classifications.

As one of the very first koi varieties, Asagi has, in modern times, fallen out of favor due to being rather plain in appearance when compared to the other more colorful fish. Still, these stunning koi are definitely worth checking out since they have a massive standing in traditional breeding and have an incredible historical impact. Asagi are characterized by the fish having a blue or dark indigo body with a red base at the pectoral fins and a white or light blue head. When Asagi are babies, the light-colored heads can actually be translucent, allowing you to see their skull!

Sometimes called “Cow Koi” or “Cookies and Cream”, the Bekko koi are characterized by a primarily white body with black stepping stone patterning across their backs. There are no red or hi tones on this fish, nor are their blue or other accent hues. It is an almost completely bright white or cream-toned fish with slight black accents across the body and where the stepping stones are. This is odd considering it is bred from the Taisho Sanke koi variety but considering the other colors in its parentage fish, it does make sense.

A scaleless koi that typically shows red, black, and white colorations, these fish are interesting and add a fun pop of color to any pond. Doitsu koi can be entirely scaleless or have scales along their backs or lateral lines, though the majority of the body is typically without the presence of scales.

These koi are characterized by the presence of diamond-shaped scales across the body that reflects the light in an almost magical way without being metallic or iridescent in any way. They simply shine and are platinum or silver in appearance along with their hi red tones, which also typically shimmer in the light.

These koi were first introduced in 1918 when an Asagi and Kohaku koi were bred and appear to have netted style scales. They generally have a solid white base with black and blue edges. Red and black also appears in patterning, and sometimes includes grey tones.

Though not all koi breeders classify this as a true koi fish in the traditional sense, these koi have long fins and are typically white in appearance, giving a ghost-like appearance that is hauntingly beautiful and looks amazing in most personal ponds.

This is a broad group of koi that basically is used to hold non-metallic koi that do not fit into other classes, creating a group of very unique and diverse fish.

Another scaleless koi, the Kikokuryu has a white base with areas of black and a single row of black scales along the back. These scales are thick and dark and compliment the black facial and dorsal tones, as well.

Kohaku koi are one of the first to have been bred and are thought to be the parentage of any koi with red colorations or hi on their body. As the oldest and most well-known type of koi, Kohaku have vibrant red tones overlaid on a white, unblemished base. The higher-quality Kohaku koi will have an even distribution of hi across their bodies.

These koi typically look similar to Kohaku due to the even presence of hi across their bodies but also feature indigo accents. Their name means robe, referring to the patterning style that wraps their beautiful form.

With a name meaning gold, Ogon koi are solid gold and metallic, looking to be carved directly from the precious metal. These stunning koi are to be unblemished and completely golden to appear as high-quality examples of this sub-variety.

A type of ogon koi, the Platinum koi is a variety of pure white metallic koi with no blemishes on the head or body. These are highly prized and absolutely stunning to view, as they appear almost ghostly.

As one of the original Big Three koi varieties, Showa are historically very important and significant. They have a black base color and showcase a red, orange, and white accent tone over top. The colorations should have crisp, clean lines and the black should wrap over the entire body of the fish, even below the lateral line while the accent colors remain on the top.

The scaleless or Doitsu version of an Asagi, the Shusui koi has a single blue line of scales along the dorsal line at the top of the back. Otherwise, the koi has red accents on the gill, fins, and rest of the body.

Developed from the Kohaku in 1918, the Taisho Sanke or Sanke koi is a white koi overlaid with red and black. High-quality Taisho Sanke koi favor Kohaku in a lot of ways and are generally thought to be very close due to their lineage.

One of the most beloved koi, Tancho koi resemble the Japanese flag in that they are completely white aside from a circle of red hi on their head. Named after the sacred and revered red-crowned crane, these stunning koi look amazing and really stand out in a pond.

These are just the base varieties of koi fish.

There are tons of other variations and sub-varieties, so if you want to dive even further into the classifications of koi fish, you definitely still have a lot more to learn! 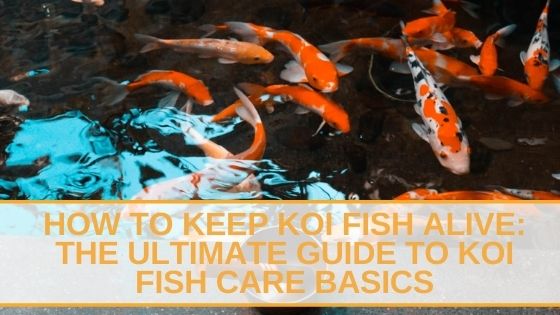 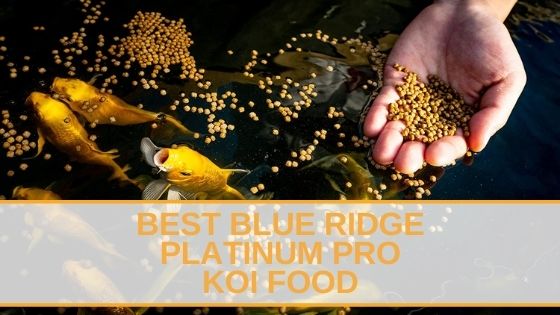 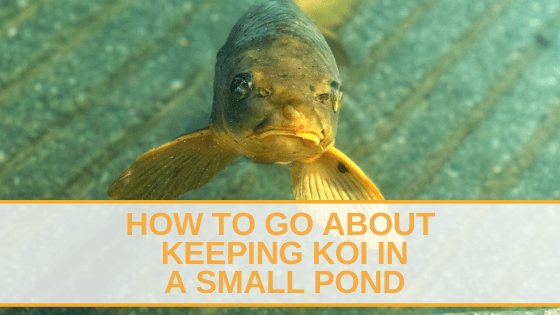 How To Go About Keeping Koi In A Small Pond