How to Treat Koi Parasites

Koi are rather hardy fish.

It’s part of why so many people keep them;

They are hardy giants that are as stunning as they are durable.

While you should always strive to provide comfortable, safe living parameters for your fish, koi have historically been known to survive in some rather intense spaces that would not support other more delicate species of fish.

They’re resilient, healthy guys that do well in a lot of different settings.

Still, there are a few different ailments that can plague these gorgeous giant carp.

Types of Koi Parasites and How to Treat Them

While there are not a lot of parasite species that impact koi populations, there are some common ones that you can anticipate encountering, especially if you are not well-versed in preventative measures or are just starting out with koi keeping.

These parasite species can be divided into two distinct categories: macro-parasites and protozoan parasites.

Let’s take a closer look at the common varieties of each and how to treat koi parasites. 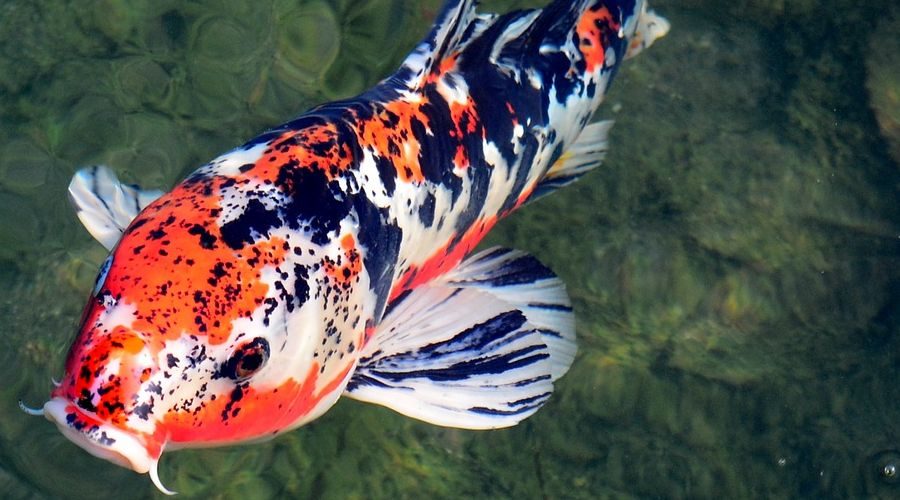 The best way to describe macro-parasites is as the type of parasites you can physically see.

While some are small and difficult to spot, these are physically removable parasites that are surprisingly very common and typically a bit easier to remove and treat.

There are three common species that you should become knowledgable about.

First, many people have the unfortunate experience of dealing with Anchor Worms, also known as Lernaea.

Named for the anchor-like shape of its head that allows it to burrow into the koi and latch on, an anchor worm slides its head under a scale, leaving its tail and body visible.

These parasites can get large, reaching over ten millimeters in size at times and can lay a lot of eggs that may not be easy to remove from your pond, allowing for rapid spreading.

To remove this parasite, the fish should be put under general anesthesia and the parasite pulled out with tweezers, ensuring the head is fully removed.

Some recommend using potassium permanganate to help the head retract and detach.

It is a good idea to treat the entire pond, as well, with a commercial anchor worm treatment, too.

You may also encounter flukes.

There are two common varieties of flukes, one that attaches to the gills and one to the skin.

These two groups are not mutually exclusive, though, and include a mindblowing amount of individual subspecies.

While you cannot see flukes with the naked eye, you can easily spot these nearly see-through parasites under a microscope.

Flukes are present on a lot of koi and are not necessarily dangerous unless they are present in large concentrations, at which point they can allow for secondary infections that can be life-threatening.

The Fish Louse is a type of lice-like creature that is common in koi ponds that are outdoors where other animals and amphibians can interact with the environment.

These are easy to spot and fairly easy to treat and remove, making for a rather simple process.

These bloodsucking parasites can cause nasty skin lesions on your koi and even ulcers due to the fact that they inject poison and cause severe bleeding and discomfort.

Try to remove as many as you can by hand before using a commercial fish louse treatment to clear up any remaining lice. 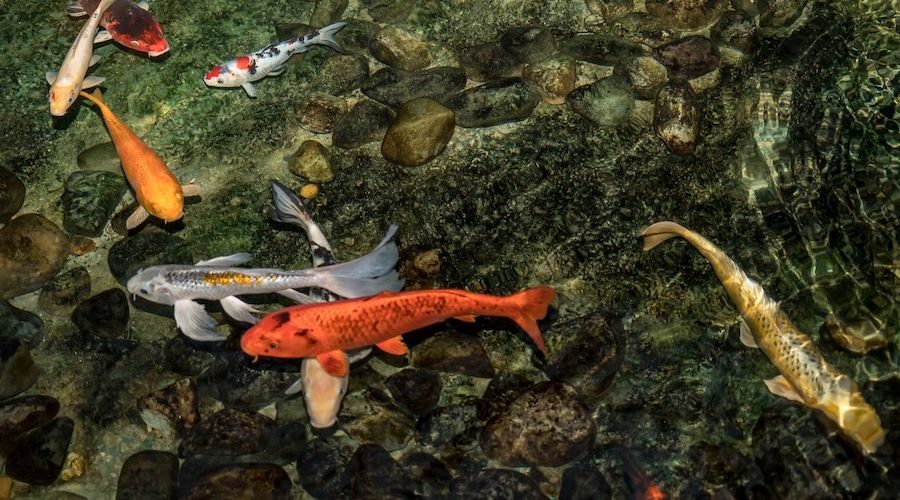 Protozoan parasites are single-celled organisms that can wreak havoc on a pond.

They multiply quickly and can really hurt your fish, often causing fatalities, including mass pond deaths.

Due to this, treating these effectively and quickly is vital in the survival of your pond, as is preventative measures when possible.

Costia is a common parasite that causes:

It is generally known to be an indicator of other infections and parasites, as it typically only infects fish that are already struggling with other health issues.

Costia is hard to diagnose since you can only view it under a very strong microscope but can be effectively treated by potassium permanganate introduction.

Less severe cases can be treated with salt baths and lesions can be kept clean with hydrogen peroxide.

One of the most widely known illnesses in all fish species is Ich.

These white spots can be very extensive in the presence and actually indicate where the parasite has bored its way through the koi’s flesh, leaving a very uncomfortable and sensitive spot behind that is prone to secondary infections and continual inflammation.

This is a very common fish illness that is fortunately easy to treat with the addition of commercial ich treatment products and quick care, though it is known to kill koi if not caught in a reasonable amount of time.

Chilodonella is perhaps the scariest of all protozoan parasites, as it has a high mortality rate.

It behaves similarly to another common protozoan, Trichodena, in that it is covered in cilla and irritates the tissues of the koi as it moves.

Trichodena is easily treated with a mix of quarantining in salt baths and maintaining a regular routine of commercial treatments including potassium permanganate.

Chilodonella is not as easy, as it is very small and can easily swim between fish, spreading the infection.

To treat it, there is a lot of trial and error involved including things like; 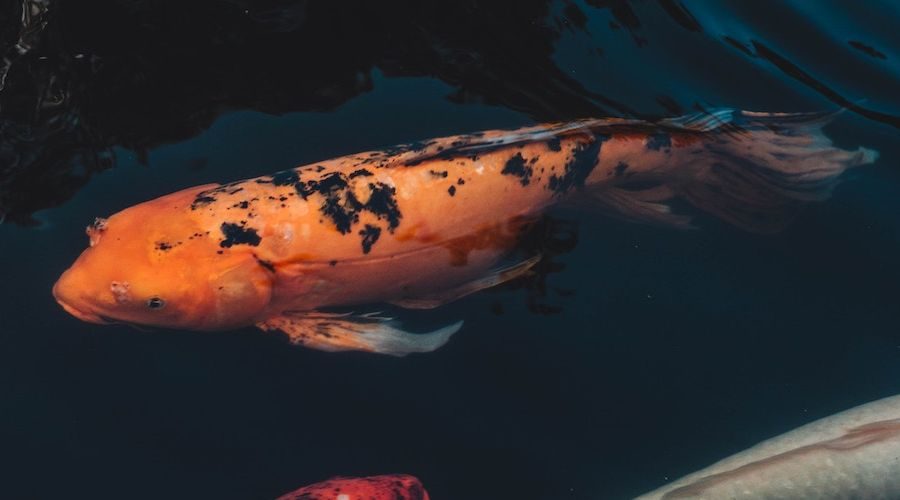 How To Treat Koi Parasites: Prevention

It is important to remember that an ounce of prevention is worth as much as a pound of treatment.

Most parasites are preventable if you properly maintain your water.

If they do happen, though, there are fortunately plenty of options to help get your koi back to their usual healthy state.

It is just a matter of quickly treating the issue and getting everything back on track.