One of the reasons koi fish are so popular as pets is that they are incredibly hardy.

They can handle a lot of different tank conditions and can thrive in the face of common issues that many other fish species cannot.

Truly, koi are very tough fish that can handle a lot.

Due to this, when you notice they are sick, it is all the more important to act quickly to help get them back to health.

With quick action and the ability to understand what is happening early on, your koi will be back to normal in no time at all.

Let’s take a look at the signs and symptoms of common koi scale disease disorders and see if we can help you learn to identify them easily and confidently.

While very hardy, koi can contract diseases under a multitude of different conditions.

For starters, stress is one of the leading causes of illness, as it works to cause their immune system to not function as it should, making them more susceptible to infections and other disorders.

Similarly, poor water quality and contaminated water can cause comparable problems, as the fish cannot get oxygen easily in poor water and may be exposed to higher levels of potentially harmful chemicals like ammonia.

Overcrowding is a similar trigger, as it contributes to the water becoming unclean and can result in injuries to the fish.

There are a lot of different things to consider and, if the parameters of your pond are not up to what they should be, the likelihood of illness within your koi population increases dramatically. 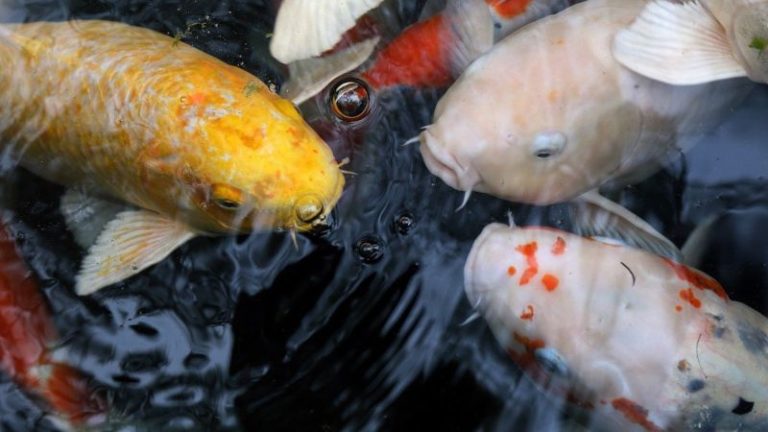 The Signs of Koi Scale Disease

With koi scale disease issues, there are a lot of potential symptoms that can occur, many of which can overlap between disorders.

Due to this, getting an exact diagnosis can be tricky without the use of a skin scrape and microscope examination.

However, you can still treat a koi even without a skin scrape if they show any of the common symptoms, as most illnesses need the same general treatment plan when dealing with koi fish.

Common symptoms include things like loss of appetite due to the fish’s growing discomfort.

The fish may also appear lethargic and keep away from other fish with its fins clamped tight against its body.

Alternatively, it may thrash about in the water and appear absolutely restless if it is in pain or itching.

They may also gasp for air, hover around the surface or water features for more oxygen, or just lay at the bottom of the koi pond.

The behavioral cues are generally some of the first you will see, even before the physical symptoms of the disorder begin to present themselves.

Physically, your koi may look like it has scales missing or have damaged appearing scales.

It also may develop red streaks on its fins or secrete a lot of mucus from its gills, scales, mouth, nose, eyes, and other orifices.

Cotton-like growths may also appear that can look moldy or like literal cotton balls stuck to your fish, especially near its mouth, gills, eyes, and nose.

In these instances, the fish may appear especially uncomfortable, as these spots are usually quite painful and/or itchy.

Additional symptoms can also develop or be present; fish are individualized and will experience varying degrees of severity and disease progression when dealing with koi scale disease related issues. 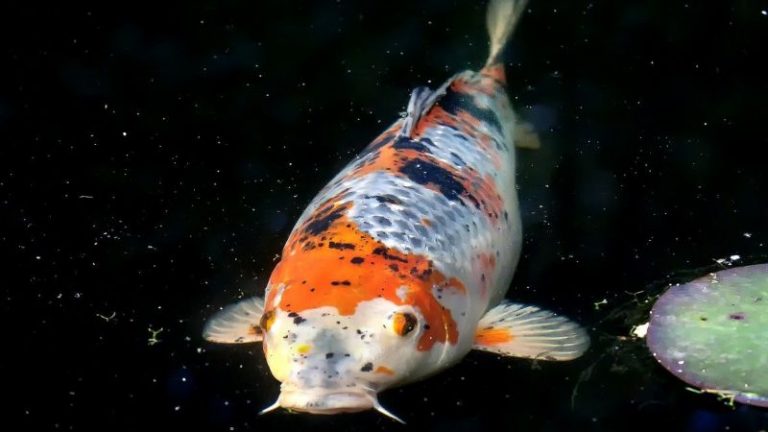 When trying to treat koi scale disease, there are generally three different options that are used: broad spectrum treatments, physical removal, and Praziquantel. Which you need to use depends on the issue, though most koi scale diseases are caused by the presence of some form of parasite, as opposed to bacteria or viral cells.

Diseases that can be treated with Praziquantel are usually caused by a type of parasite known as flukes. These microscopic worms are usually diagnosed by a skin scrape and microscope examination since they cannot be seen by the naked eye. Gill and body flukes are both common, with gill flukes causing mostly respiratory symptoms like flashing and the fish gasping for air at the surface. Body flukes often appear as a spider web-like series of lesions on the body, along with the aforementioned discomfort symptoms and red streaked fins.

Protozoan parasites like Ich, also known as ichthyophthirius multifiliis, and Chilodonella are common and usually feature varying degrees of rashes. Chilodonella, for example, typically causes gasping, discomfort behaviors, and a white film to develop over the fish. Ich causes tiny holes in the body that appear as spots that look like grains of salt, along with extreme itchiness and discomfort. Most protozoan parasites can be treated with a broad spectrum treatment product.

Parasites that can be physically seen can be removed through physical removal with tweezers and an application of an anti-inflammatory gel to the area after the removal. Things like anchor worms that appear like threads hanging from the koi and crustacean parasites like fish lice can be picked off and removed once noticed, sometimes before symptoms even develop.

As with any illness, seeking medical professional assistance is advised. Working with an aquatic veterinarian who understands koi illnesses is definitely something that can greatly work in your favor in increasing the success of the treatment as a whole and help ensure that you are getting your koi the treatment option that it needs if you are unsure about which disorder they have. It is always better to be safe than sorry!

Helping koi fish to thrive is perhaps one of the most rewarding parts of owning these stunning animals.

While hardy and easy to care for, sometimes they do fall ill.

Having a good understanding of their common illnesses and a plan to treat them if you need to is a great way to ensure that your koi can live long, happy lives.

If you put in the effort to plan and have a care system for sick koi at the ready, you are sure to have good luck caring for your pets! 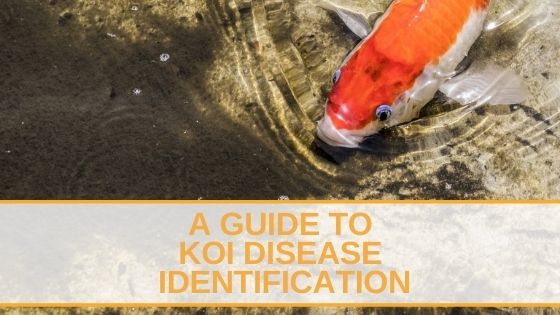 A Guide to Koi Disease Identification